As you might already know, iRobot makes some of the best robot vacuums known to man. Today, we’re going to look at the i1+–a top-of-the-line robot that promises convenience and performance. Let’s see whether the i1+ really does live up to its promise. 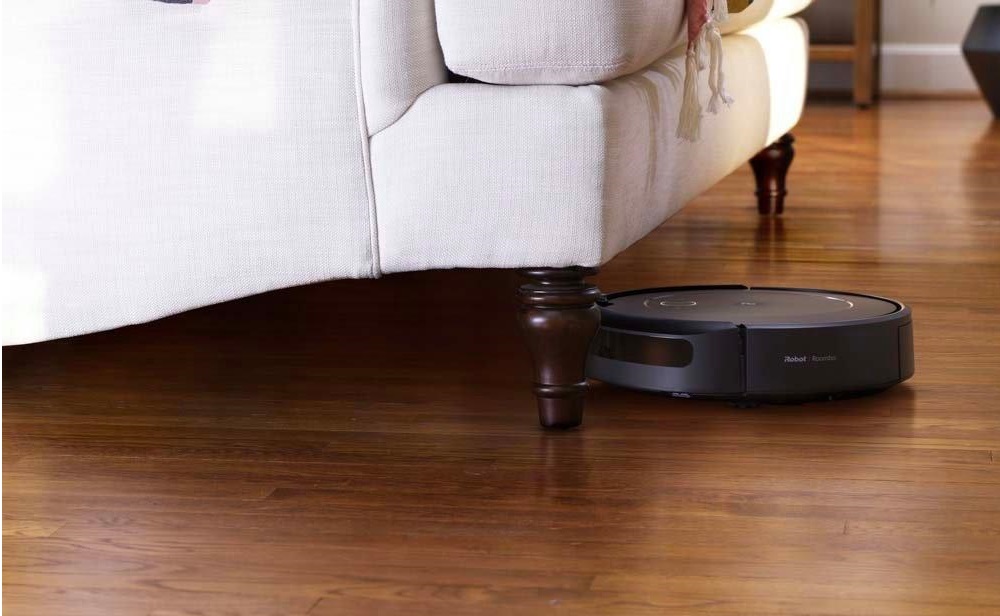 The iRobot Roomba i-series is one of the most popular robot vacuums on sale today, and for a good reason. This model might be less advanced than the Roomba i6+ or i3+, but if all you’re looking for are some affordable price cuts, then there’s no better choice out there.

iRobot has done a great job keeping the i1+’s specs under a tight lid, so we can’t tell for certain how much suction power this device produces. But according to the company, its suction is 10 times more powerful than the Roomba 600 AeroVac series, which is saying a lot. It delivers as much suction pressure as the Roomba j7+, and users have made it clear that that robot does a stellar job at cleaning all types of floors.

While we’re on the subject of how the i1+ and the j7+ are similar, we might as well talk about Dirt Detect Technology. This form of technology forces the i1+ to focus cleaning on dirtier areas of your home, such as hallways and kitchens. Your i1+ will give the attention dirtier areas desperately need for a better clean.

The magic sauce behind the i1+’s amazing versatility is its rubberized brush roll. Instead of coming with a single bristle-studded brush roll, the i1+’s dual brushes use flexible rubber brushes that adjust to all floor types, picking up nearly every scrap of debris it comes across. The best part is that pet and human hair will never choke the brush roll since it pushes hair to the side before suctioning it in. 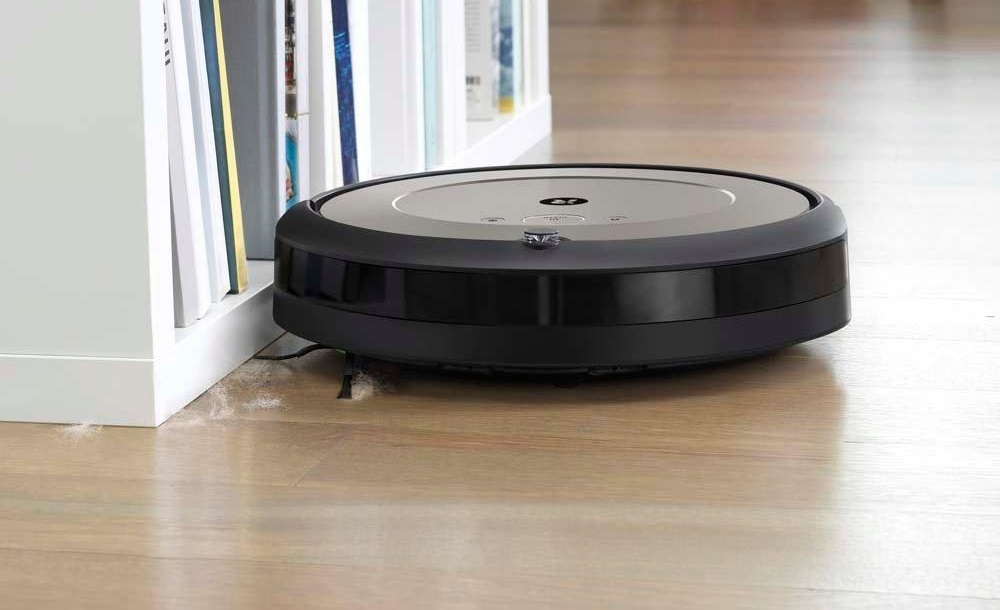 Cleans Around Your Life

This is pretty standard stuff as far as Roombas go, but it’s certainly worth mentioning since other brands don’t offer such convenience. The i1+ will pick up on your vacuum habits based on how often you run the device, at what times, and which areas you clean. Over time, it’ll automatically offer suggestions via the smartphone app. For instance, your i1+will recommend increasing vacuuming frequency during allergy seasons.

Another thing that comes standard in all modern Roombas is a self-emptying base, and the i1+ is no different. This device’s self-cleaning base/charging dock can store up to 60 days’ worth of debris before reaching max capacity. That way, you’ll never have to lay a finger on your robot’s dust tank and only have to manually empty out the base once every month or so. 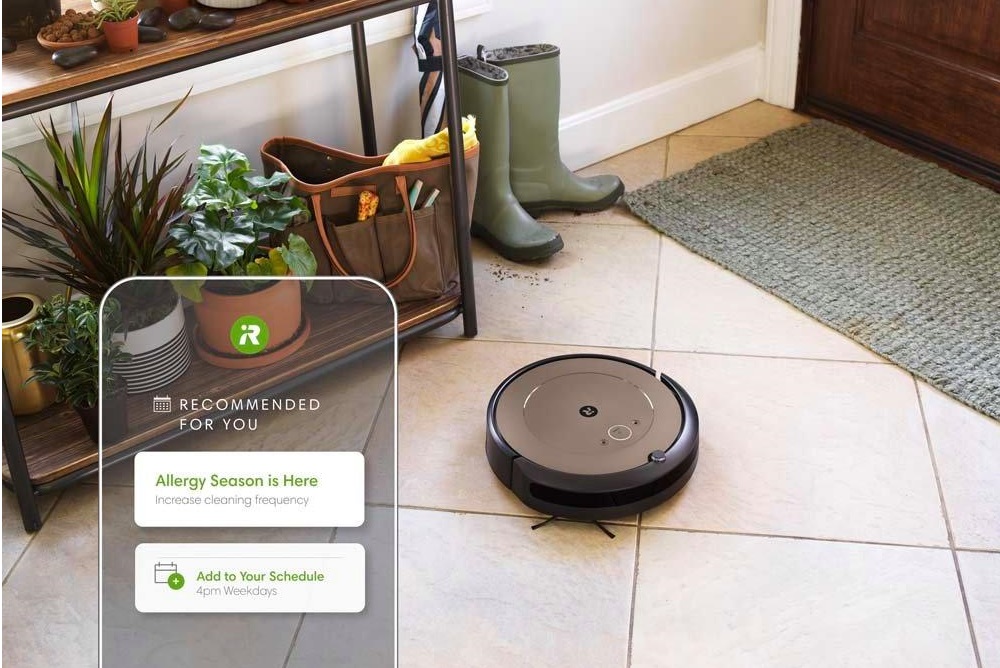 Like any modern-day Roomba, you can customize the i1+’s cleaning patterns by downloading the iRobot app on your smartphone. After installing the app and syncing it to your i1+, you’ll gain access to the digital map, which it creates during the preliminary scan. This map will allow you to utilize the Zoned Cleaning function, as well as pick particular rooms where you want your Roomba to clean.

Verdict: The i1+ Definitely Lives Up to the Roomba Name

It should come as no surprise that the Roomba i1+ is a top-of-the-line robot. While it shares many of the same features and specs as many of its Roomba brethren, the multi-surface brush roll makes it the perfect device for cleaning up after your pets. Whether you have wall-to-wall carpeting or not, the i1+ is certainly worth considering.