If you’re looking for a high-end hybrid bot that won’t break the bank, then we highly recommend looking at Deebot OZMO models. The OZMO lineup of hybrid bots is bound to stun first-time users with its awesome 2-in-1 floor-cleaning capabilities. Read our comparison of four Deebot robot vacuums from Ecovacs and see which one belongs in your home!

First and foremost, let’s talk about the battery life of these Deebot OZMO models. Each of these four hybrid bots offers at least 2.5 hours of nonstop, consistent cleaning. The Ecovacs Deebot T5 itself has a massive battery that supplies over 3 hours of vacuuming and mopping on standard cleaning mode. When you crank the power modes to Max+ on each model, the total runtime per charge drops to roughly a quarter, which isn’t all that bad for bots that can do more than one floor-cleaning chore!

The T5 uses “simple” sensors to map the layout of your home to create a digital map, which it uses to program the most time-efficient floor vacuuming and mopping route possible. Using the smartphone app, you can gain access to these digitized floor layouts and create an infinite number of no-go zones and no-mop zones, ensuring that your robot only cleans where you allow it to and when.

All of the Deebot OZMO bots in this comparison are built with a triple-layer filtration system that filters up to 99% of ultra-fine particles, so the risk of contaminating the air with dander, dust, and pollen is at a minimum. This, combined with Max+ cleaning mode, makes it such a reliable robot for pet owners.

Arguably the greatest thing about Deebot OZMO bots, including the T5, is their ability to vacuum and mop at the same time. In the T5’s case, that means it can leave up to 3,200 square feet of bare floors absolutely sparkling after just a single floor-cleaning session. 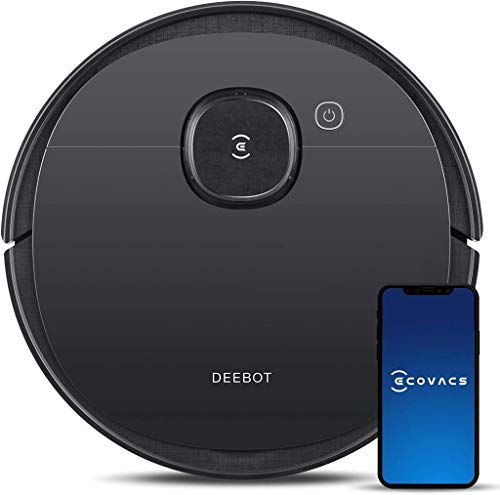 There isn’t a ton of variance between the T8 and the Ecovacs Deebot T5 in terms of floor-cleaning abilities. Both do extremely well at removing the tiniest specks of dust on bare floors by delivering a high-pressure suction while wiping any remaining bits of debris with a semi-saturated microfiber pad.

However, in terms of navigation and mapping capabilities, the two are worlds apart. The T8 uses a highly advanced mapping system known as TrueMapping, which, according to Ecovacs, can map out homes with four times greater precision and twice the range than its predecessors. This ultimately means less manual input on the user’s part by identifying carpeted, no-mop surfaces with better precision.

The T8 also features TrueDetect, a piece of intelligent environment-sensing. It has 3D detection to identify the location of solid objects. Its greatest benefit is that it can avoid cables, pet bowls, and slippers on the fly so as to not interrupt its three-hour (max) cleaning cycle per charge.

There are two optional features you can get for your T8. The first is the advanced Auto-Empty Station—a vacuum cleaner for your robot vacuum! The auto-empty station automatically extracts dirt and debris from the T8’s dustbin, leaving it completely empty and ready for the next round of cleaning. The auto-empty station can store up to 30 days’ worth of dust before you need to empty it out. 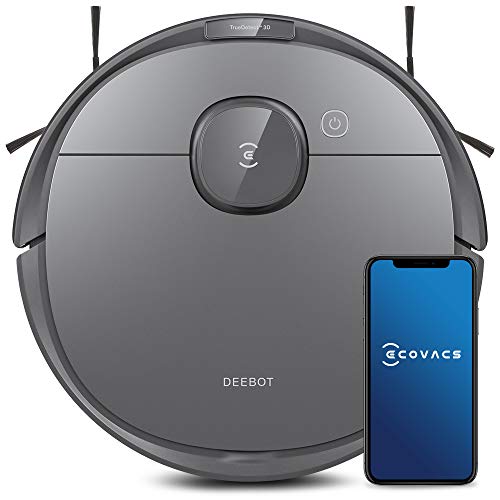 When comparing the T8 AIVI to the “standard” T8, there isn’t much that sets them apart, in terms of appearance anyway. They’re both super-sleek, low-profile robots that can travel underneath low-hanging furniture, so you won’t have to manually vacuum beneath furniture as often. However, when it comes to the hardware choices of each bot, there’s a ton to talk about.

For instance, the T8 AIVI doesn’t rely on TrueDetect Obstacle Detection—in its stead, it comes with AIVI Object Recognition. This mapping system uses advanced AI to not just identify the location of objects but also identify what they are. It knows that there are cables or a vase in the way, so the T8 AIVI will do its best to continue forward or avoid the obstacle, depending on how movable it is.

Like TrueDetect, the purpose of AIVI Object Recognition is to stop obstacles from inhibiting the robot’s movement and slowing down its movement.

Did you know that robot vacuum cleaners are becoming smarter than ever? The T8 AIVI comes with a built-in HD camera that allows you to stream what the robot sees via your smartphone. Just navigate through the Ecovacs app on your mobile device until you find the streaming option. While it’s not entirely reliable as a home security system, it’s nice that you can always know what’s going on at home while you’re out.

In every other regard, including the optional upgrade features, the T8 AIVI and the T8 are one and the same. You won’t need the self-emptying station or OZMO PRO system to get maximum cleaning results, but they certainly do help! 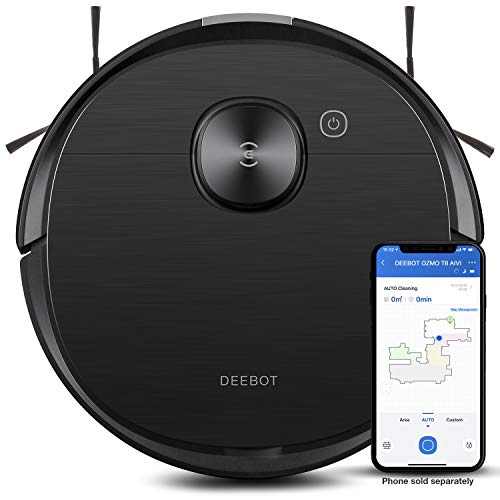 The final Ecovacs Deebot OZMO model in our comparison is the U2 Pro, which wasn’t named after the Irish rock band. The U2 Pro is the least feature-packed robot of the four Deebot OZMOs, but that doesn’t mean you won’t get a ton of use out of it. In fact, if you’re shopping for a hybrid bot that performs both vacuuming and mopping functions simultaneously for a lower cost, this is probably the best robot you can get your hands on.

As we mentioned earlier in this comparison, the U2 Pro has the least amount of battery life of all of the Deebot OZMOs. It “only” runs for 2.5 hours on standard mode, which is roughly twice as much runtime per charge as many modern vacuum-only robots on the market. Ecovacs claims that the U2 Pro can clean up to 650 square feet per charge.

What’s fantastic about the U2 Pro is that it relies on the same Ecovacs Home app that you can use to create no-go and no-mop zones, create schedule cleaning cycles, and it even supports Alexa and Assistant voice commands.

In essence, the U2 Pro is missing out on more premium features and battery life. But overall, it’s still a high-performance bot that blows many comparable non-OZMO hybrid bots out of the water. 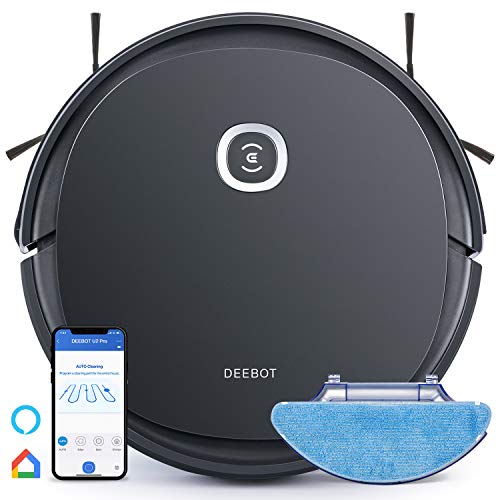