You’ve probably seen Roombas, Deebots, Roborocks, and Botvacs before, but did you know that Shark also makes a mean robotic vacuum cleaner? The AV751 is one of the most budget-friendly robots currently available, and it comes with a wide range of high-end specs you typically wouldn’t find in an entry-level robot. Here, you’ll learn what features you’ll in the AV751 and how well it performs.

The Shark AV751 Robot Vacuum uses a triple-brush system that consists of a multi-surface brush roll, two side brushes, and channel brushes. As the robot patrols your floors, the side brushes extend to each side to draw in dirt and debris from edges and corners, allowing the multi-surface brush to draw everything into the inlet.

All three types of brushes work in conjunction to deliver a deeper clean on bare floors (between floor boards and tile grout) and on carpets.

As you might expect from a low-cost robot, the AV751 doesn’t come with a high-tech navigation system. Smart Sensor Navigation 2.0 uses an array of sensors to keep the robot from toppling down stairs and jumping off of cliffs, but you won’t find premium add-ons like mapping and programmable no-go zones.

However, if you want your robot to avoid certain areas (pet bowls, vases, piles of scattered on your floors), you’re more than welcome to lay down magnetic boundary strip. The strip sends a message to the AV751’s sensors, telling it to tuck tail and turn around. You’ll have to purchase boundary strips separately.

The AV751 comes with a massive li-ion battery pack that allows it to work nonstop for up to 120 minutes. This is pretty impressive for an entry-level bot, considering most of its peers only reach the 60 to 90-minute mark before needing to refuel.

The long runtime per charge allows the AV751 to clean a wider surface—up to 1,000 square feet—before returning to its charging dock. Sadly, this robot doesn’t have an auto-resume function, so when you send instructions to commence its cleaning cycle, it’ll start form the beginning (newly-vacuum surfaces included).

This robot comes with Wi-Fi support. By downloading the Shark Ion Robot app on your smartphone, you can send instructions to the AV751 anywhere on the planet, assuming your phone and robot are currently connected to the internet. The app is somewhat limited due to the lack of high-end features of the AV751.

You can set up cleaning schedules and manually command the robot to start, stop, and or recharge. If you have an Amazon or Assistant device in your home, you can shout orders to your virtual assistant, and it’ll relay your commands to the AV751.

The AV751 isn’t too spectacular in terms of hardware. However, considering its uber-low cost, you’ll have a difficult time finding another entry-level robot that performs as well as this one. The Shark AV751 Robot Vacuum delivers an astounding amount of suction pressure to deep-clean low-pile carpeting while a tri-brush system ensures that no speck of dust is left behind.

Using the app or voice controls can improve the convenience of this auto-resume-less robot, and boundary strips will help in defining no-trespassing zones. Overall, with the Shark ION AV751, you’ll get quite a bit more than what you pay for.

Robot Vacuum Comparison
• Roomba i3+ vs i7+
• Roborock S6 vs MaxV vs. Pure 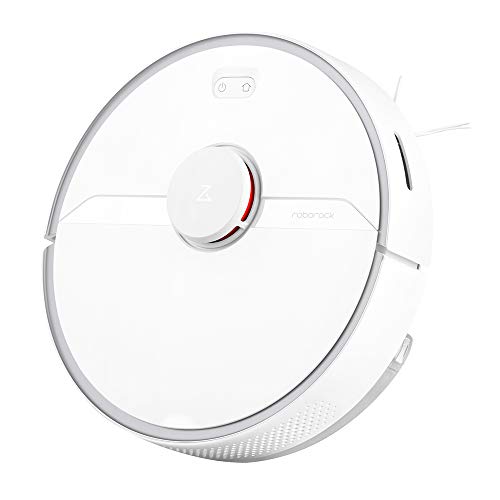