Many homeowners would love to get their hands on a Roomba, but with the company pumping high-tier model after high-tier model, is there a Roomba out there that doesn’t cost a small fortune? Yes, there is. In fact, there are multiple! Today, we’re going to look at four of iRobot’s most affordable Roomba devices—the 614, 675, 692, and 694 — to see which of these 600 series robots deserves a spot in your home.

The Roomba 614 is one of the more low-feature-count Roombas on the market, which is hardly a surprise considering its ultra-affordable price tag. It relies on a triple-stage vacuuming system that loosens and lifts dirt from all floor types before the suction inlet finishes the job. In terms of performance, it handles pet hair relatively well, but it struggles to pick up finer debris like rice grains or sand.

What’s most impressive about the 614 is its 90-minute runtime, which was unheard of in robot vacuums of its generation. It doesn’t have any trouble maneuvering around obstacles and steering clear of cliffs, though it may get trapped from time to time en route to its charging dock.

On the robot’s top panel, you’ll find three simple buttons—an on/off button, a spot-cleaning button, and a docking button. You don’t have access to a remote control, nor does it have app or voice support, so you’ll have to get used to manually pressing buttons.

Another awesome feature of the 614 is Dirt Sensor Technology. Even though it can struggle at removing dirt from carpets and in between tiles or floorboards, it will constantly search for concentrated dirt piles and make repeated passes over the area if necessary.

Overall, the Roomba 614 is a great robot for its cost. It’s missing a lot of the convenience-adding features we’re accustomed to in modern robot models, but all things considered, this pocket-friendly bot will certainly make a good long-lasting impression.

The Roomba 675 doesn’t offer much more in terms of cleaning performance compared to other models in the 600 series. In fact, compared to the 614, the differences are marginal at best. While it does excel at picking up pet hair, tinier debris like sand and rice, especially in carpets, can remain inaccessible by the multi-surface brush. But thanks to Dirt Detection Technology, the 675 will not stop cleaning dirt piles from your floors until they’re completely gone or until the unit runs out of battery.

Speaking of which, like the 614, the 675 has a maximum runtime of 90 minutes per charge. When its battery is lower than 20% of its max capacity, it’ll automatically return to its charging dock to refuel, which can take anywhere from two to three hours. However, in comparison to the 614, there’s one huge difference that sets the two units worlds apart.

The 675 can sync to the iRobot Home app on your smartphone via a stable Wi-Fi connection. There, you can send start and stop commands to the robot remotely instead of bending down. In addition, the 675 can receive voice commands via an Alexa device. Utilizing these two features sure beats the heck out of manually bending over and pressing buttons.

So, with everything we know about the 675, it’s nowhere near the same level as modern robots in terms of efficiency, but it definitely leaves the 614 in its dust, so to speak. 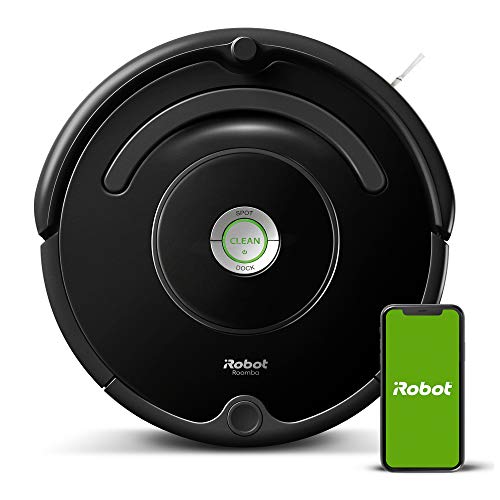 The Roomba 692 is much further ahead in regards to cleaning efficiency and convenience compared to the 614. As for the 675, there are areas of overlap, and areas where one trumps the other. First, let’s focus on what makes the two Roombas similar.

They have Dirt Detection Technology, which is a major upside for fourth-generation Roombas. Next, they can both receive commands via Alexa or the iRobot Home app—another tremendous benefit since neither comes with an infrared remote control. Finally, they both have the same 90-minute runtime with auto-recharge but no auto-resume function.

Now, the differences. First and foremost, the 692 performs better at cleaning smooth floors and high-pile carpeting, though the difference is almost negligible. As for medium-pile carpets, the 675 manages to loosen and lift more debris per pass, meaning that it can clean a wider area per charge.

Secondly, there 692 has a larger dustbin. The 692 can store up to 0.35 liters of dust at a time, whereas the 675 is limited to only 0.25 liters. Again, the difference is almost not worth mentioning, but over time, the larger 692 will require less emptying out, meaning it’ll be less of an annoyance to homeowners.

In the end, the differences between the 614 and 692 are apparent, but between the 692 and 675, you’re safe either way, for the most part. If you have more exposed floors and high-pile carpets at home, get the 692. If your floors are covered in wall-to-wall, medium-pile carpeting, the 675 is the slightly better option. 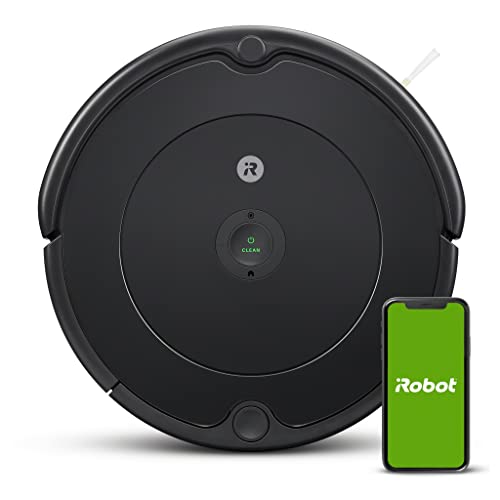 Lastly, let’s take a look at the Roomba 694. Once again, you’ll have to bear with us as these two robots don’t offer very much in terms of uniqueness. And once again, compared to the 614, the 694 is the clear-cut winner, simply due to the fact that it supports both voice and app controllability.

In every other regard—from performance to appearance—the 694 and 692 are, for all intents and purposes, one and the same. Their model numbers differ slightly, which is a clear indication that they’re identical in more than one way.

But first, let’s go over the overlapping features and specs. They both rely on the same tri-cleaning system to loosen, lift, and suction in dirt. They have multi-surface brushes that maintain contact with the floor, regardless of what floor type the robots are treading on. And they run for 90 minutes at most, though you can squeeze out an additional 20 minutes when cleaning smooth floors exclusively.

As for what sets them apart, there’s almost nothing worth mentioning. However, from a technical standpoint, the 694 performs slightly better at removing pet hair than the 675 and 692, which should suit pet parents just fine. In every other regard, you won’t regret choosing one over the other.

So, as you might have been able to tell simply by looking at their model numbers, the order from best to worst is as follows: 694, 692, 675, and 614. The 614 is clearly the worst, though admittedly not by a wide margin. As for everything else, their upsides are mere technicalities, so you’re pretty much safe choosing any of the three. 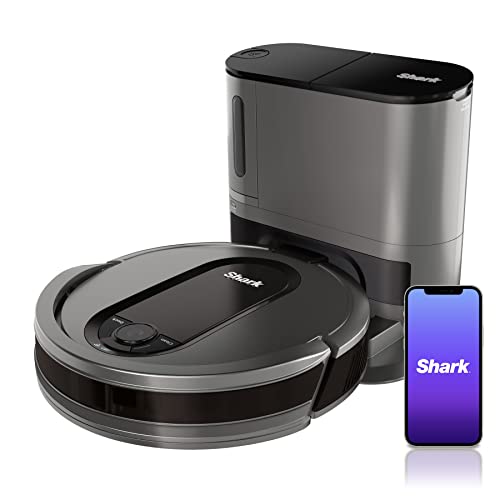