Robot vacuum cleaners are great, but they’re not self-sufficient, at least in the way we first hoped. However, thanks to the relatively new self-emptying technology found in leading robot vacuum models users very rarely have to lay hands or even eyes on their robots to make certain they’re doing their jobs correctly.

While self-emptying bases aren’t all that new, many people have no clue what they are and how they work. Worry not, friends, for we’ve come up with a short guide that’ll cover every point you should know before purchasing or ignoring robot vacuum cleaners that come with self-emptying bases. 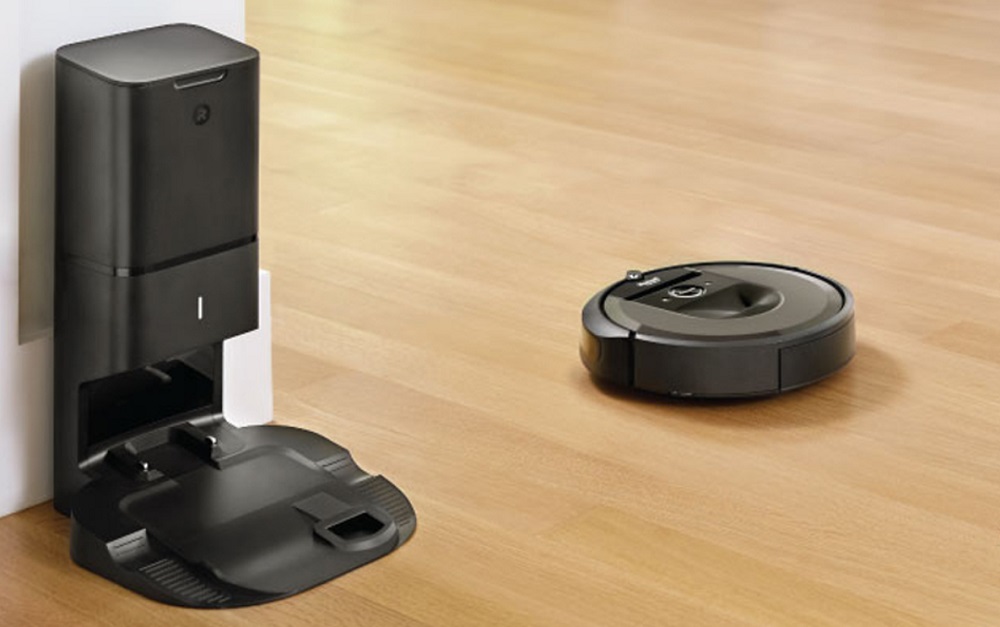 What Is a Self-Emptying Base?

A self-emptying base, also known as a Clean Base or Self-Emptying Bin, is a vacuum cleaner that vacuums your robot vacuum cleaner. Confused yet?

The base is actually the robot’s charging station. It comes with a built-in motor that sucks the debris out of a compatible robot’s dustbin, leaving the bin free of debris and your robot ready for subsequent vacuuming chores.

Such systems are available with the Roomba j7+, Shark AI, or even in low-cost models like the Neabot N1 Plus and the Uoni V980Plus.

Self-emptying bases exist for one reason and one reason only: to make your life easier. Oftentimes, users find themselves emptying out the dustbins of their robots once or even multiple times a day, depending on how many furry four-legged friends you have around.

A self-emptying base eliminates the need to check up on your robot every day—instead, it collects all of the debris from multiple vacuuming sessions for later disposal. Self-emptying bases have a storage capacity of between one and two months’ worth of debris.

The way a self-emptying base works is simple enough. Whenever your robot vacuum returns to its charging dock—whether it needs to refuel before resuming work or it has completed its vacuuming task—the base’s motor will automatically kick it into high gear.

A series of hoses and pipes connect to the robot and its dustbin, suctioning out all of the collected debris in mere seconds. When the robot’s dustbin is completely void of hair, cereal, and whatever else it managed to picked up, the self-emptying base’s motor will automatically shut off.

Now, when the self-emptying base has reached its max capacity, your docked robot won’t prompt the base’s motor to switch on. Instead, the robot will send an alert via its smartphone app, informing you that you need to empty out the base’s bin. It’s as simple as that!

Are Self-Emptying Bases Worth the Added Cost?

We’ll be blunt with you. Self-emptying bases sometimes cost half or even as much as the cost of the actual robot vacuum unit.

However, the only thing you need to ask yourself is this: do you really want to spend your precious downtime tending to your robot, which you initially purchased to make your life easier?

If so, by all means, the Roomba j7 will offer all of the amazing features the iRobot Roomba j7+ does, minus the convenience of semi-self-sufficiency.

However, if you’re like us and become annoyed when your robot vacuum constantly cries out that its dustbin is full, do your sanity a favor and find a robot vacuum that comes with a self-emptying base.